Have a case of Tab-itis? Try Toby mini!

At any given time I might have a dozen or more tabs open.

About a year ago I started using a Chrome extension called Toby Mini. Toby "organizes your browser tabs into Toby so you can access key resources in one-click".  It has made my workflow so easy...honestly I could not live without it.

Once you install the extension you are able to organize web resource in one place!  I have a collection for meeting  minutes and Agendas, projects I am working on, resources for #ShukesAndGiff and more. 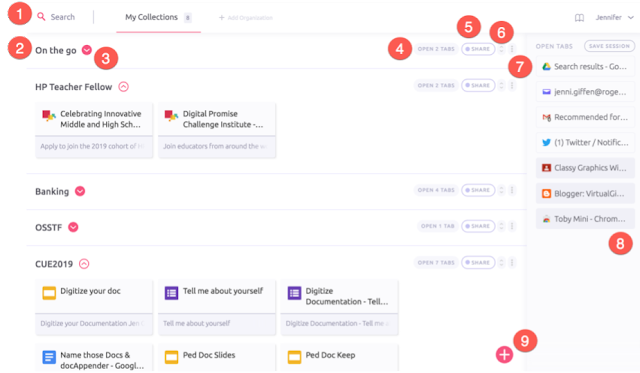 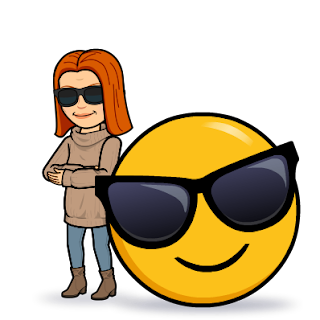 In my last post, I talked about the fact that I had never noticed the Friendmoji button on the Bitmoji keyboard before.  Well...it happened again...another instance where I was blind to a button I have likely seen but haven't noticed thousands of times.

Beside the tweet button (on the web, not mobile), there is a little plus button.

On mobile it looks like this (little plus button on the bottom right - Thanks Justine Wright for that tip!): 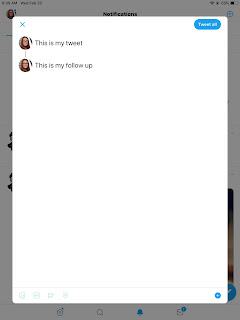 Turns out, when you tap that button, another tweet window opens underneath.  You can type in that new tweet window and, when you are ready, post all tweets at once! 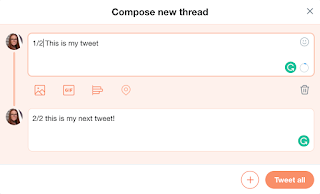 This solves the mystery (to me) of how people have really long tweets all in a row.  Full disclosure, I was often amazed that people knew how many tweets their longer message would take.  Note: I realise this might be obvious to some, and amazing to others - I fall into the later category!

So why am I sharing this?  I love how it shows that we can always discover new things in places we have been many times.  I also think it shows the importance of paying attention to the details because you never know what little treasures are hiding in plain sight!

When I work in Google Slides I often include links...but the default colour for links is this weird aqua-ish green.


There are times though that I want the links to be a different colour...maybe to match a theme, or maybe to go to the traditional blue so the look of the link is familiar to others. 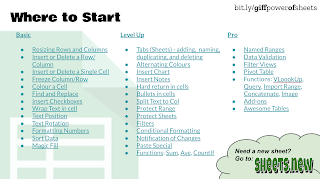 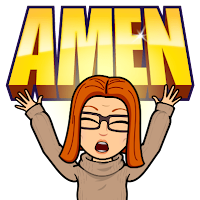 So after poking around on the internet a bit, I found a way to change ALL the links in a slide deck to a selected colour.  All you need to do is enter a script on the back end of the deck once and they all change!  And the script is written!!  Thanks to Manuel at karriere.at for the script. (Follow the link in Manuel's name if you want to read his explanation of what each part of the script does to make it work.)

Here is what you do.... DON'T be scared...it looks like a lot but I promise it is easy peasy!

Last month I went out for a bite to eat with a former student of mine, Diana.  I love catching up with former students to see how they are growing up to become incredible young adults.  I love it, even more, when they teach me something new.  She texted me this... 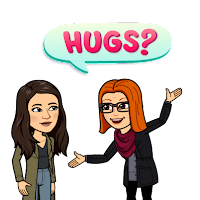 ...and I was like...how did you get my Bitmoji and put it together with yours?!  Turns out it is called a Friendmoji (insert old person #GenerationGap joke).  She explained that if you have the Bitmoji keyboard on your phone, you can add these by clicking the little double face on the right side of the Bitmoji search bar.  Very fun!

Cut to today.  Sylvia Duckworth has a great, creative workshop all about making comics with Bimojis.  It is really fun.  She was looking to level it up. We are part of a Google Hangout Group called Maple Syrup EDU...a group full of amazing, talented, helpful Canadian educators.  We communicate in this group often - and Syl turned to the group to collaborate and generate ideas.
So we did some critical thinking and here was how it went: 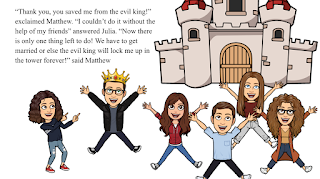 Michelle then leveled it up and created this Google Sheet to make the process easy.

So now, we have a fun way to create...thanks to some good old fashion comminication, criticial thinking and collaboration!  Oh Canada!

About a month ago, Google announced a new material theme design for Google Classroom.  One of those updates included 78 new themes.

Now I love choice...but what I might like more is creating...and one thing I love to do in Google Classroom is to create custom headers for my classes!

Instructions for use are embedded in the grey space, but a few things to note:
If you are looking to create other social media posts, check out this Social Media Image Sizes Cheat Sheet.  (Thanks to the @BISDWiredTeam for making me aware of this!)

So today's post is not EdTech related but, in my opinion, an important message. 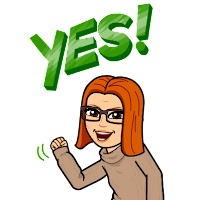 After observing his abilities with content at home and comparing that to the assessment scores he brought home I noticed something did not match.  We decided to do a private psyc. assessment.

It was immediately obvious that my son has ADHD.  It was also obvious that he is quite bright - and that I was right - the scores don't match his actual abilities.

We got everything in place to get him an IEP to ensure his learning needs are met to ensure he can truly show what he knows at school. 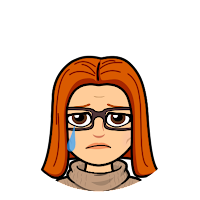 Yesterday, he came home and said he feared he was one of the "least smart" (not dumb - so that was a win) kids in his class...maybe he was "at the bottom of the list".  Now, there was no list, but it was how he felt.  It was heartbreaking as a mother to hear him so down on himself.

Last week we received the psyc report and we planned to take him in to see the psychologist (or brain doctor as my son calls her) this week to have her explain it all to him.  In light of his comments, I decided that maybe we needed to broach the subject before our appointment. 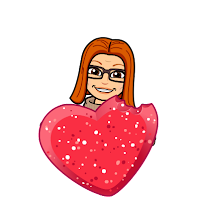 I explained that the tests showed that his intelligence and learning scores put him at, above or well above the average of his peers.  Attention was the area in which he struggled.  I explained that his brain worked differently, but that didn't make him "less smart".

The more I shared how we were going to advocate for changes at school to help him learn, the wider the smile grew on his face.  When I got to the end of my spiel, I asked what he thought about it all.  He threw his arms around me and started to cry.  When I asked what the emotion was about he simply said, "Thank you".


Being a teacher, I was able to see the signs that my son was struggling that might have been missed in our system.  I feel for the kids who do not have an adult in their life to have that realization.

When kids feel valued and understood, their confidence soars.  When kids realise that the way they learn is not wrong, it is just different, their self worth stays intact.  Helping kids realise that traditional schooling methods don't work for everyone can give them encouragement, and fosters confidence, and excitement.

I know this is not earth-shattering for most of us....but it can be for a young learner.  Do you have a student that could use this kind of understanding?  Why not have the chat with them?  They might just hug and thank you too. 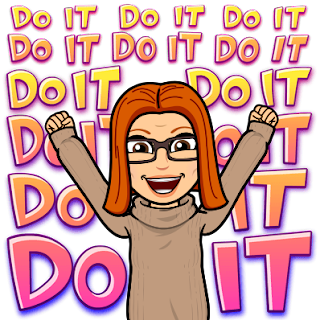 Transparent images are great to use for slide decks, green screen activities, and more.

Do you need an image with a transparent background?  There are a few ways to do it that don't require you to know how to use Photoshop.

You can find images that already exist...

You can also use a picture you already have (even one you have downloaded from the web) and use a web tool.... 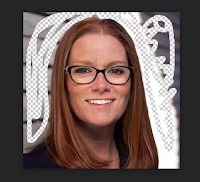 Lunapic
Note: This one works best when the background is a single colour. 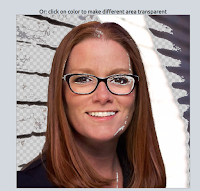 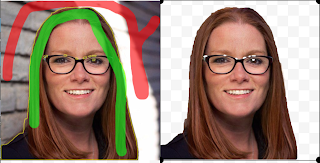 Remove BG
Note: This one only works on pictures of people! 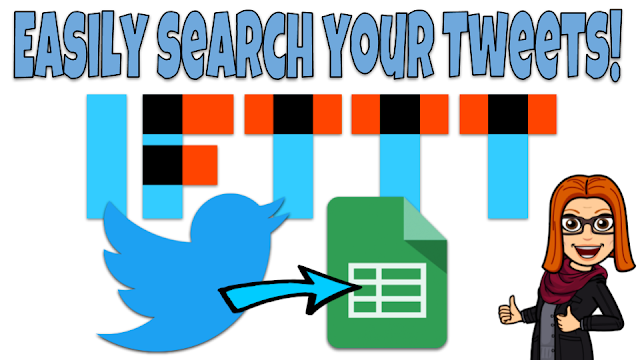 So if you follow me on Twitter, you will know that I am a big Tweeter.  I tweet to share, to engage in conversation, and to chat with my PLN.  I also tweet to keep track of things I might need to know later.  Now, I know searching Twitter is difficult...but I have a hack...I use If This Then That.

If This Then That (IFTTT) is an easy, FREE way to get your apps and devices working together.  It is a web-based service to create chains of simple conditional statements, called applets. An applet is triggered by changes that occur within other web services such as Twitter, GSuite Tools, and more.

I use an applet that records all my tweets on a Google Sheet.  Why? So my tweets become searchable. All I need to do is open the Google Sheet and search (use CTRL/CMD+F) any key term.

It is that simple!  The applet will record up to 2000 tweets on one Sheet, then it starts a new Sheet. If you want them all consolidated on one sheet, you can add new tabs on the Sheet and use the importRange function.

This is not the only great one either...there are a lot of things that you automate using IFTTT.  Another one of my favourites is when I post to Instagram, IFTTT automatically cross-posts to Twitter and embeds the photo in the tweet instead of as a link.
Posted by Jen Giffen at 07:07 1 comment: