Google Read and Write for the Win!

My son, who is in the third grade, hates homework.  His biggest anxiety in returning to school this year was that he would get a lot of Homework.  I also hate homework, especially in primary.  So last night, when we had to sit down to write a 2-4 minute script for an All About Me project, I was dreading it.  Then I realised, I could make this so much easier on him.  I spent all this time training teachers on Google tool, why not train my own kid. 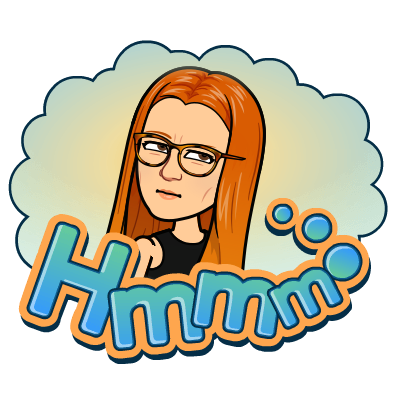 I asked him to grab his Chromebook and we opened a Google Doc.  Then, I showed him the magical puzzle piece - Google Read and Write (specifically the talk and type feature).  After setting the microphone to French (he is in a French Immersion school), I asked him to say "Bonjour, je m'appelle Bennet" (Hi, my name is Bennet).  It typed for him.  His eyes grew the size of saucers.  As he left the room to get his poster I heard him say to himself "This is so cool!" and the kid who hated homework, stuck to it for 2 hours! 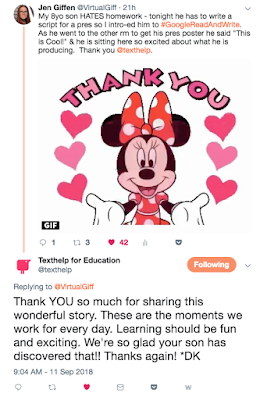 He learned that the mic does not always hear what he says and he may have to type some words in himself.  He also read A LOT of French.  He didn't speak and leave what was written; he read and corrected as it went.  The experience was so much more rich than struggling through the phonetic of what he was attempting to write or having me type it for him.  He felt empowered.  I was thrilled.  and I witnessed the power of using GSuite with Littles!

That said...this all begs the question( as my friend Peter Cameron pointed out) - "how do the kids who don't have the same supports at home feel/cope. And so the homework debate continues..."
Posted by Jen Giffen at 11:24